Olafur Ragnar Grimsson, Iceland’s president, has created uproar with his decision to block legislation that would have repaid €3.9bn lost by British and Dutch savers in a failed Icelandic bank, triggering a referendum that the government is expected to lose. The initial response by credit rating agencies was to downgrade Icelandic bonds, as if Iceland were repudiating its debts, Argentina-style. But opponents of the bill have no intention of reneging on their legal obligations.

At issue is what the relevant European law says should be done – and, more to the point, what should have been done on October 6 2008, when Gordon Brown closed down the UK operations of Icesave, an online subsidiary of Landesbanki, Iceland’s second-biggest bank. Icelandic authorities were given no voice in how to resolve matters. Did the British prime minister let Iceland off the hook by jumping the gun in reimbursing depositors as though they were covered by UK insurance rather than following European Union procedures?

Under normal conditions Iceland, a prospective EU member that had signed up to European deposit insurance rules, would have availed itself of the right to settle with depositors in an orderly manner. Article 10 of EU Directive 94/19/EC gave Iceland’s Depositors’ and Investors’ Guarantee Fund (TIF) nine months to settle matters after the failure of a financial institution. Privately funded by domestic banks (unlike Britain’s public Financial Services Agency), the TIF collected just 1 per cent of deposit liabilities as a risk premium.

The EU law did not anticipate a systemic failure and made no provision for the government to be liable beyond its insurance agency. But guidelines agreed by the Ecofin meeting of European Union finance ministers on November 14 2008 were clear: “These negotiating discussions shall be conducted in a compatible and co-ordinated manner and account will be taken of the difficult and unprecedented circumstances in which Iceland finds itself and the urgent necessity of deciding on measures which will enable Iceland to restore its financial and economic system.”

So the broader issue concerns Iceland’s ability to pay 250 per cent of its current gross domestic product – nearly $20,000 for each Icelandic citizen – to settle its Landsbanki mismanagement. The International Monetary Fund did not think this was a realistic option when its team calculated in November 2008 that: “A further depreciation of the exchange rate of 30 per cent would cause a further precipitous rise in the debt ratio (to 240 per cent of GDP in 2009) and would clearly be unsustainable.”

Opponents of the Icesave agreement explain that they want to appeal to the EU rules regarding bank bail-outs and the Ecofin understanding that any agreement would preserve Iceland’s economic viability. That is why Iceland’s parliament, the Althing, asked last autumn for an impartial court to adjudicate the issue. Britain and the Netherlands turned down the request. They have been willing to negotiate over the timing of payments by Iceland – with interest mounting – but not the overall amount.

Iceland’s government was willing to give in as the price necessary to obtain EU membership, but recent polls show that 70 per cent of voters have lost interest in joining. This is the same proportion estimated to oppose approving the Althing’s agreement to give Britain and the Netherlands what they are demanding.

Icelandic voters are worried about how they reasonably can be expected to pay enough in taxes to cover the huge debt. The problem is that foreign debt is not paid out of GDP. It is paid out of balance-of-payments receipts from net exports, from the sale of assets to foreigners and from new borrowing. The market for cod is limited, and many of Iceland’s quota licences already have been pledged to bankers for loans, whose debt service absorbs much of the export revenue. Interest charges also absorb most of the revenue from its aluminium exports and its geothermal and hydroelectric resources, leaving little taxable revenue behind.

There is also a dagger hanging over the heads of Iceland’s homeowners: mortgages and other debts are indexed to the consumer price index. For an import-dependent country such as Iceland this, in effect, means the foreign exchange rate. Attempts to pay more foreign currency than the nation can generate in export earnings will cause the currency to depreciate and raise monthly mortgage bills. Many will lose their homes. Many already are. There is a moratorium on foreclosures, but it expires in February.

A pragmatic economic principle is at work in such conditions. Debts that cannot be paid, will not be (unless one pays back Peter by borrowing from Paul). At stake, therefore, is how much can be paid without wrecking Iceland’s economy. How many Icelanders must lose their homes as carrying charges soar on mortgages indexed to the exchange rate? Emigration is accelerating, and many foreign workers already have left. How many more must depart? And if the post-Soviet experience of a steep and sudden drop in living standards is relevant, by how many years must Icelandic lifespans shorten?

The writer is professor of economics at the University of Missouri Copyright The Financial Times Limited 2010. You may share using our article tools. Please don’t cut articles from FT.com and redistribute by email or post to the web. 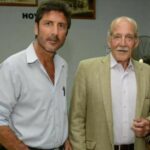 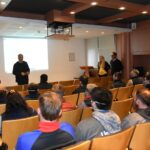 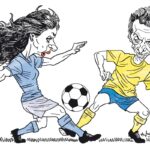 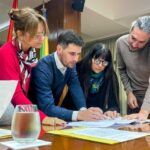 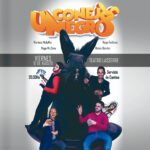